The well famed, (I feel over-rated in-comparison to some of his other songs) Taxi, In original form

“I saw Harry Chapin and his band perform this song live on The Tonight Show with Johnny Carson. The audience gave them a thunderous, standing ovation. Carson was so impressed he invited Chapin back the next night for an﻿ encore. One of the great story-song writers.” -Reddalestew

“It was raining hard in ‘Frisco,
I needed one more fare to make my night.
A lady up ahead waved to flag me down,
She got in at the light.

Oh, where you going to, my lady blue,
It’s a shame you ruined your gown in the rain.
She just looked out the window, and said
“Sixteen Parkside Lane”.

Something about her was familiar
I could swear I’d seen her face before,
But she said, “I’m sure you’re mistaken”
And she didn’t say anything more.

It took a while, but she looked in the mirror,
And she glanced at the license for my name.
A smile seemed to come to her slowly,
It was a sad smile, just the same.
And she said, “How are you Harry?”
I said, “How are you Sue?
Through the too many miles
and the too little smiles
I still remember you.”

Baby’s so high that she’s skying,
Yes she’s flying, afraid to fall.
I’ll tell you why baby’s crying,
Cause she’s dying, aren’t we all.

There was not much more for us to talk about,
Whatever we had once was gone.
So I turned my cab into the driveway,
Past the gate and the fine trimmed lawns.
And she said we must get together,
But I knew it’d never be arranged.
And she handed me twenty dollars,
For a two fifty fare, she said
“Harry, keep the change.”
Well another man might have been angry,
And another man might have been hurt,
But another man never would have let her go…
I stashed the bill in my shirt.

And she walked away in silence,
It’s strange, how you never know,
But we’d both gotten what we’d asked for,
Such a long, long time ago.

You see, she was gonna be an actress
And I was gonna learn to fly.
She took off to find the footlights,
And I took off for the sky.
And here, she’s acting happy,
Inside her handsome home.
And me, I’m flying in my taxi,
Taking tips, and getting stoned,
I go flying so high, when I’m stoned.”

/Lyrics from The Harry Chapin Archive at Harrychapin.com 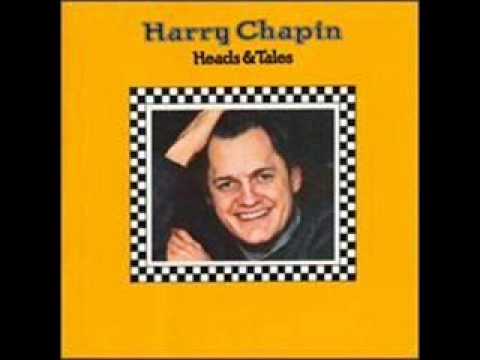